The Value of Spatial Thinking in Government

The business of government occurs in geographic space. Elected officials, decision-makers and department staff are typically responsible for a defined area: for example, a community, district, or county. These geographic regions are further subdivided into operational areas: public works, parks, social services, water districts and many more.

The nearly constant organizing principle in government data is location. Everything we do in government happens some place, and that place can be tracked to a location such as street address, jurisdictional boundary, or GPS coordinate location.

More importantly, because nearly all local government data is linked to location, data previously stored and reported in the forms of summary tables or statistics from a database, can be visualized and analyzed in geographic space. Now data from previously independent departments and programs can be brought together to visualize the relationships in the data that would otherwise go unnoticed in a spreadsheet or written report.

Local government makes decisions about providing services to the public in much the same way as a business thinking about customers. For example, businesses identify new locations based on customer demographics, traffic flow and available commercial real estate. A government agency siting anew public health clinic might select the location based on socio-economic data from the US Census and access to public transportation. That clinic may also provide better service if it can be located near other related services such as child care, supportive housing for individuals experiencing homelessness and food banks providing healthy options.

Although Geographic Information Systems (GIS) have been used in some local governments for decades, in many cases, particularly in smaller, local government agencies, the technology was siloed in just a few specific departments (public works, county assessor, planning). In other cases, the technology was tried and failed or simply ignored as being unnecessary or duplicative of other capabilities (Computer Aided Design Systems, for example).

Making data useful and accessible to decision makers for both internal planning and decision-making, or for public communication applications enhances its value and utility

Early GIS systems were complex, expensive and cumbersome and hiring skilled GIS Professionals to leverage the full value from these systems was difficult as few academic or training programs existed to produce the necessary workforce.

A final limitation of early GIS came from the fact it tended to reside in back rooms of large government organizations thus lackingvisibility. However, with the advent of the public web in the late 1990’s this began to change as simple mapping and routing applications began to appear. A decade or so later as smartphones with GPS made location and mapping applications commonplace, the world of GIS entered a new era of widespread accessibility.

As we enter a new decade, mobile and web-first location-basedtools are readily available. The opportunity to incorporate spatial thinking into government operations and decision-making is poised for major changes. Here in the County of Los Angeles, GIS was long limited to many of the same traditional applications in planning, tax assessment and public works now continues to grow across the enterprise.

A notable recent example was a multi department effort to bring together datarelating to individuals experiencing homelessness and associated government resources. Traditionally, the relevant data resided in multiple departmental silos and was assessed non-spatially through discipline-specific lenses of the department or program that owned the data. Leveraging the power of web-based GIS tools and a cross-departmental enterprise GIS data system, once disparate data was brought together with tools such as Esri’s ArcGIS Online and StoryMaps. A public facing example of the result is available at:
https://lacounty.gov/newsroom/homeless-housing-gis-map/

GIS staff developed analytical tools to allow for on-the-fly location analysis and visualization integrating these data into valuable information products, a fact noted by decision-makers from the County CEO and Board of Supervisor’s offices. Data previously impossible to understand in any meaningful way immediately told a valuable story about where issues of homelessness were most severe and where resources could be more effectively allocated. These same data, long available to decision-makers simply could not provide the information need to understand, assess and prioritize the issues until they were provided in a visual, interactive and integrated manner.

On the backend, it took a team of GIS professionals, subject matter experts and a willingness to share data across departments and programs to develop the resulting capabilities. The resultswereso powerful, that using GIS in planning, assessment and decision-making across a wide array of county applications is now moving beyond a few, limited applications to becoming an expectation across almost every area of the business of local government.

Making data useful and accessible to decision makers for both internal planning and decision-making, or for public communication applications enhances its value and utility. Analytics that once would have been relegated to a back-room GIS analysis who might develop and print a single mapcan now be published out to applications that are easy for anyone to use without any special training. Anyone with a web browser or smart phone can now provide real-time data back to managers with live spatial information dashboards and analytics which then feed into public facing information products. 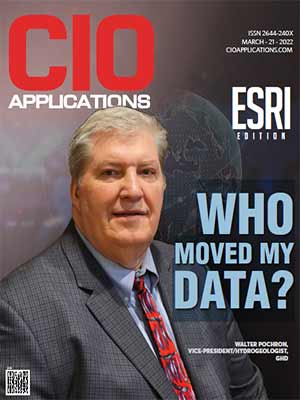